Was This Civil Rights Icon’s Legacy Ignored Because She Was a Republican?

Ida B. Wells was a civil rights icon, born a slave in 1862, who would later be freed by Abraham Lincoln’s Emancipation Proclamation, and go on to become a prominent African-American journalist, abolitionist, and feminist.

Aside from her activism in reporting and exposing lynching incidents throughout the South, Wells would also become a founding member of several civil rights organizations, including the NAACP.

Where is she in your modern day textbooks? In today’s history classes?

Wells barely registers in the public consciousness, but her political affiliations might hold the clue as to why – she was a Republican.

Well now, we wouldn’t want to remind the American people about a legendary civil rights icon who happens to be a Republican now would we? Especially one that was originally freed under the abolition of slavery brought about by a Republican president, right?

Wells published articles which exposed the practice of lynching in the city of Memphis, with one particular effort riling up whites who stormed the office of her newspaper destroying all of the equipment. She was chased out of Memphis and warned if she ever returned, she would be killed. 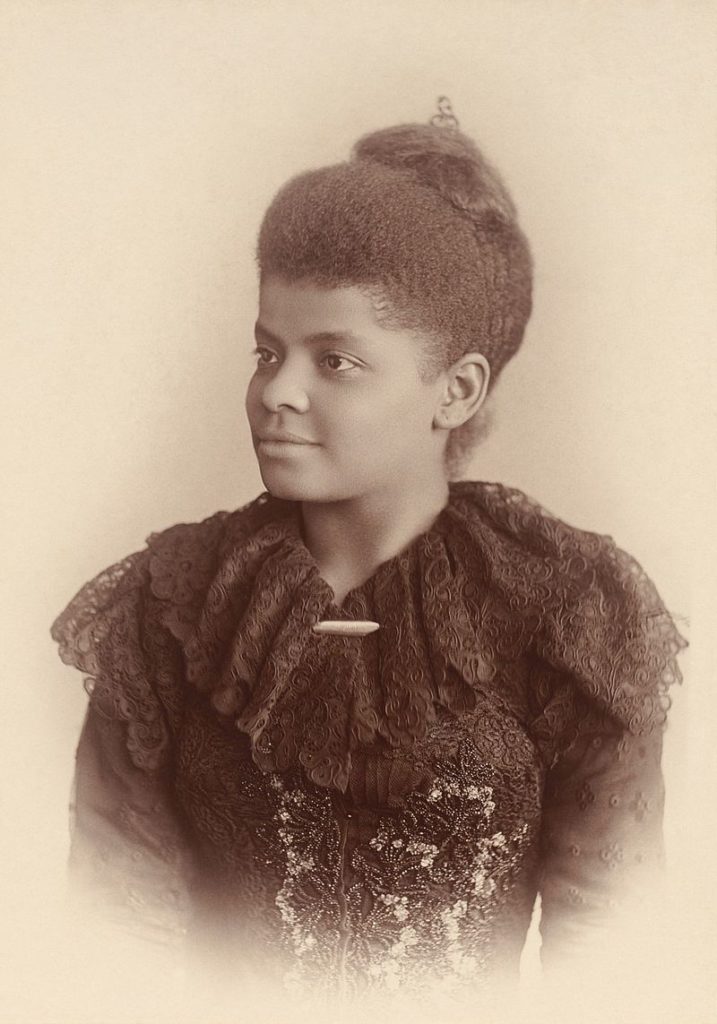 Wells began her lifelong anti-lynching crusade upon learning that a friend, Tom Moss, and his two co-owners of a popular Memphis grocery were lynched by a white mob.

“The way to right wrongs is to turn the light of truth upon them,” she wrote.

Wells remained in the North, writing for the New York Age and enlightening those who might not have known what was going on in the south – mob justice and lynchings to punish blacks for competing with whites rather than based on any crime.

“The way to right wrongs is to turn the light of truth upon them” Ida B. Wells pic.twitter.com/ZJprFNkjwc

One personal incident from her past helped propel Wells to launch her fight against injustice for blacks in the South. It might sound very familiar to those who know about the historic Rosa Parks incident.

On one fateful train ride from Memphis to Nashville, in May 1884, Wells reached a personal turning point. Having bought a first-class train ticket to Nashville, she was outraged when the train crew ordered her to move to the car for African Americans, and refused on principle. As she was forcibly removed from the train, she bit one of the men on the hand. Wells sued the railroad, winning a $500 settlement in a circuit court case. However, the decision was later overturned by the Tennessee Supreme Court.

Wells’ parents were both very active during the Reconstruction within the Republican Party. She campaigned for the Republican party in Illinois and Missouri in the early 1900s, participating in Chicago mayoral elections.

Do you think Wells’ story is ignored because she was a Republican? Share your thoughts with us in the comments section below!

Portland Cops Arresting Female Rioter Get Asked If Female Cop Is There For Pat-Down: Male Cop Replies, ‘How Do You Know That I Don’t Identify As Female?’