It looks like snowflakes are having their tissue-paper feelings hurt after some visiting fellows balked at Harvard hiring former military soldier Bradley Manning as a fellow.

I guess they see the school as being hypocritical, hiring Republicans not even a week after being forced to let Manning go.

But here’s the difference: Manning was a traitor and gave government secrets away. These alumni are trying to associate misogyny and white supremacy to Spicer and Lewandowsi in an attempt to disparage their names. Sooner or later you will see a lot of unhealthy protests on YouTube and CNN from these former students because they aren’t getting what they want.

This is how liberals react and play their little games. If they can’t change things via a petition, they will act crazy with violent protests in a way to force change. The petitioners actually wrote, “While representing a spectrum of ideas is important for a complete political education, the IOP must acknowledge its own power in conveying an imprimatur of intellectual and moral legitimacy—in this case, to those who have done much to degrade public discourse in this country, re-ignite white nationalism, and further reactionary policies that harm millions.”

And, of course, a group of students wrote a letter to the school newspaper protesting Manning’s ousting from the school: 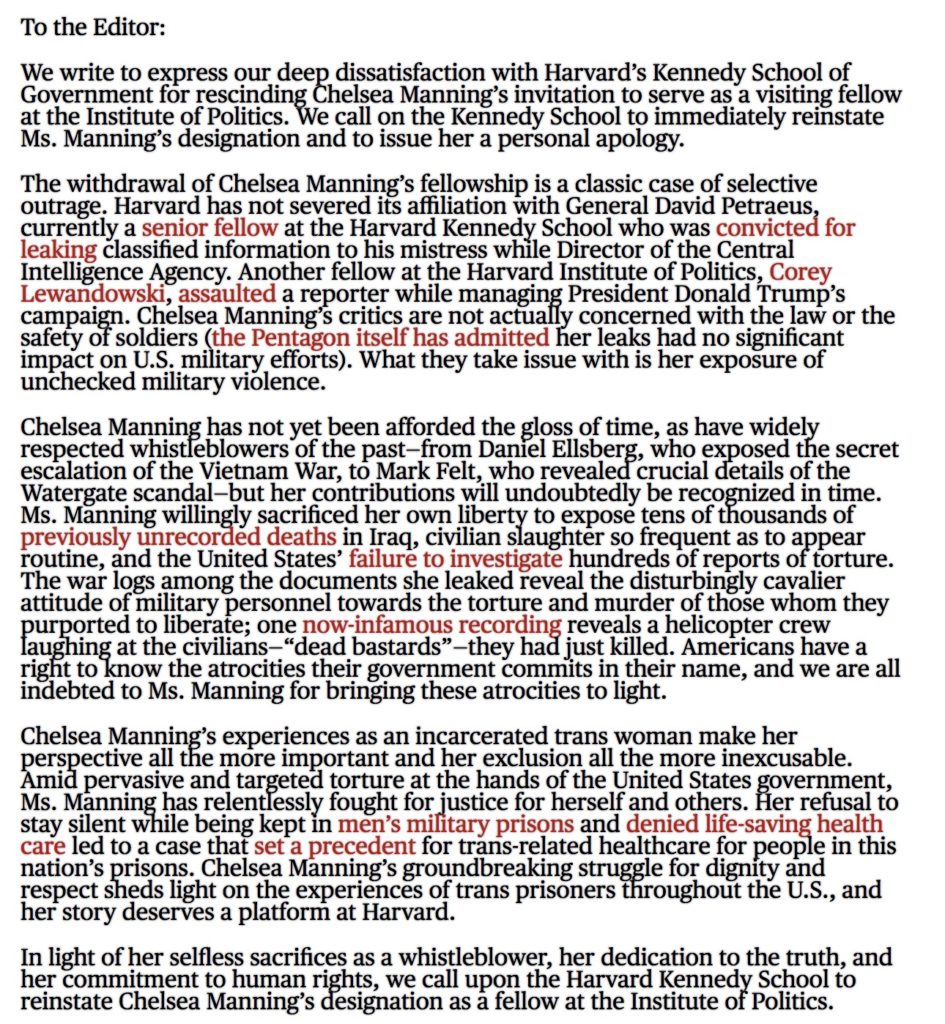 I don’t think conservatives should hang around Harvard or any liberal university anymore. I don’t even think these liberal schools should receive a dime of federal government funding. I think we should starve the beast and shut it down. If these liberals want to act like infants, treat them like it.

Enough is enough: We do not need to see any more of these childish actions against grown adults whose speech and beliefs are different than theirs.

If you feel all government funding should dry up at these liberal institutions, SHARE this article on your Facebook/Twitter timeline and add your opinions below in the comment section.

President Trump Is Repealing Two Regulations for Every New One