Parkland shooting survivor and pro-gun control activist David Hogg is now leading a boycott campaign against Fox News host Laura Ingraham after she knocked him for complaining about colleges that rejected his applications.

“David Hogg Rejected By Four Colleges To Which He Applied and whines about it,” Ingraham wrote on Twitter Wednesday morning, linking a Daily Wire article. Her parenthetical: “Dinged by UCLA with a 4.1 GPA…totally predictable given acceptance rates.” 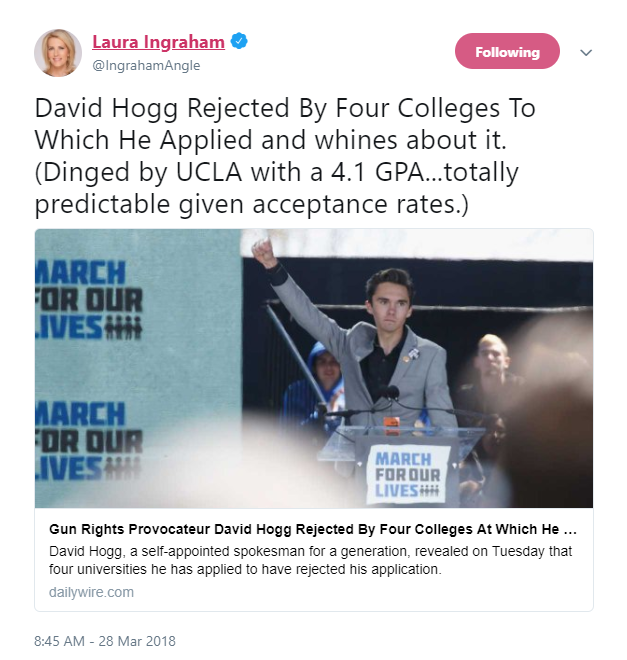 Hogg tweeted out a list of Ingraham’s 12 biggest advertisers and called on his followers to pressure the companies into boycotting Ingraham’s show over her tweet. 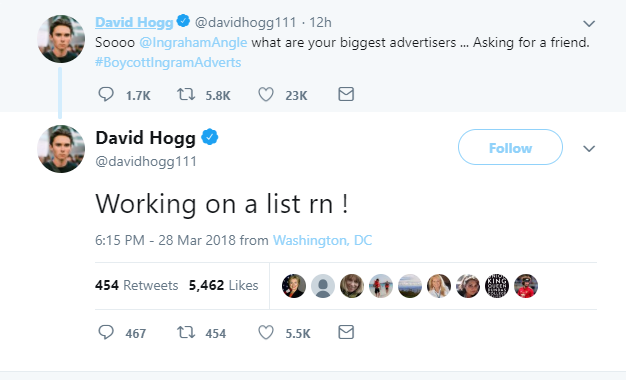 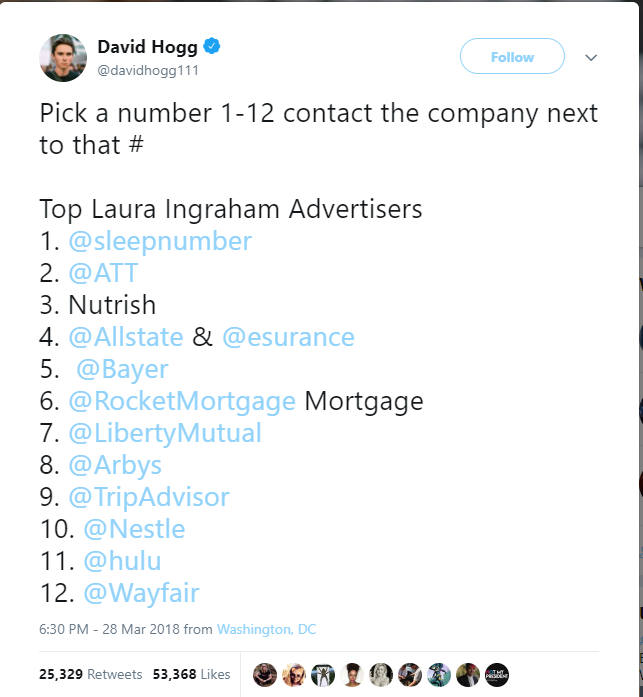 Hogg previously called for a boycott of companies tied to the NRA after the shooting at his school left 17 people dead. The shooting followed a series of governmental failures.