President Donald Trump was in California this week – and he probably would’ve received a warmer reception in the liberal state had he been an illegal immigrant.

The Golden State is home to an estimated 2.5-3 million illegal immigrants, and convenient for those illegals, the state most generous to them is directly across the border. According to the Federation for American Immigration Reform, illegals in California alone cost taxpayers $25.3 billion. Nearly $12.3 billion of the cost comes from the cost of educating the children of illegals from K-12 (including “anchor babies”), and and addition $2.1 billion stems from the need to provide supplemental English language instruction to Limited English Proficient students

The government of California has been kind to illegals – so much so that one will be joining their ranks. According to Breitbart,

Mateo, an attorney, was born in Mexico and came to the U.S. illegally at the age of 14 with her parents, who are also illegal aliens.

In #lawschool I often wondered if I was fit to b in #lawjournal, #mootcourt bc not many ppl w/ my same background did. I always went for it bc even if I felt inadequate I thought I could add something of value. I hope to do the same w/ @StudentAidCommission. #undocumentedunafraid https://t.co/JpZOOhJfMU

Thank you Sen. @kdeleon for appointing me to the CalSOAP Advisory Committee. I look forward to working w/ the rest of the committee & the Student Aid Commission in such important task – increase the accessibility of postsecondary education opportunities for low-income students.

After getting hired, Mateo bemoaned the lack of illegal immigrants in American government. “While undocumented students have become more visible in our state, they remain underrepresented in places where decisions that affect them are being made,” Mateo said.

Despite all those comments, she appears confused as to which country she’d rather represent. In a Facebook post from 2016 celebrating her graduation from law school, Mateo declared, in Spanish: “[E]verything is dedicated to Oaxaca, Mexico!! to that land that I miss so much.” 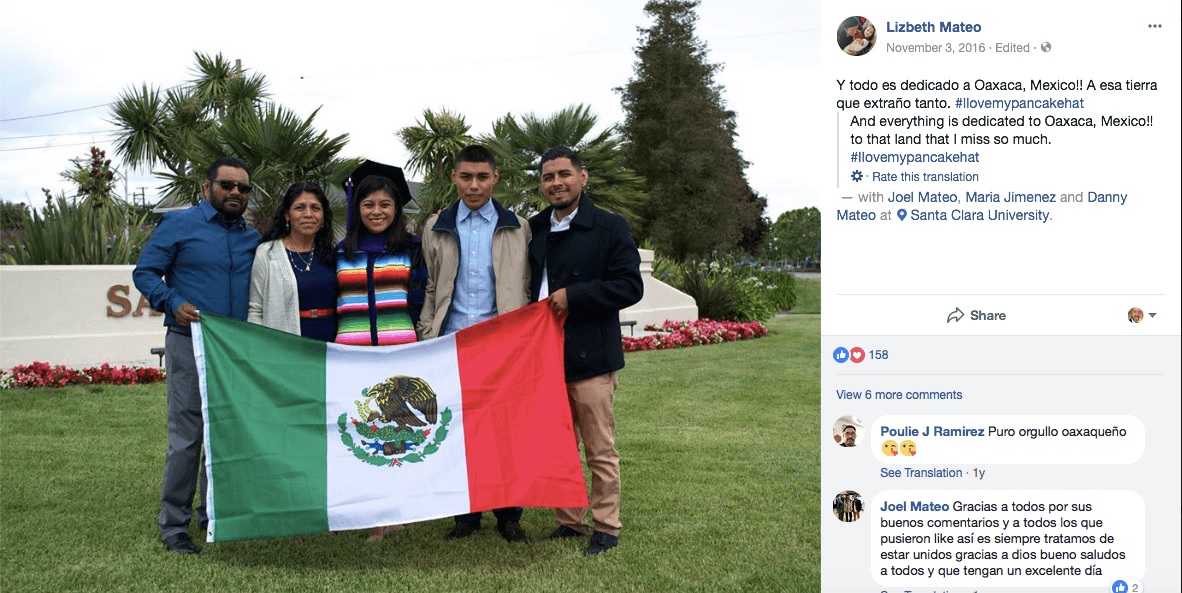 Should ICE invade California to stop this kind of nonsense from happening? Tell us your thoughts below!

The Ides of Nancy: Pelosi’s Leadership in Peril