As someone who served this country in the military, I feel strongly about standing for the National Anthem. So does NFL great Burgess Owens. The Super Bowl-winning safety sent out a patriotic message that was a resounding thud against NFL players who choose to sit during the The Star-Spangled Banner.

I’ve always thought that if certain NFL players find the National Anthem offensive, they should also give away their U.S. dollars. But, of course, they won’t.

Anyone who refuses to stand for OUR flag and anthem should renounce their citizenship, turn in their passport, and permanently leave the United States. They can move to whatever country they want. I can think of several countries where if they did not stand for the national flag, they would be shot on the spot.

In the end, it all comes down to respect. And that’s exactly what Burgess Owens understands. Watch:

.@BurgessOwens: "These young men who are now millionaires because of the country, because of the price paid, are… failing our kids." pic.twitter.com/wmv5LqUDIo

“These young men, who are now millionaires because of the country, because of the price paid, are not only failing our kids, but they are betraying our past.”

You can say that again!

Not only do players who refuse to stand do our country a disservice, they’re also entitled brats. Colin Kaepernick had a well-paying job that was guaranteed by his contract whether he played, standing for the Anthem or not. He chose to waive his contract and essentially quit. Now he’s got the black community up-in-arms, demanding some team owner sign him or else.

He won’t be signed this year or any other year – not in the NFL anyway. 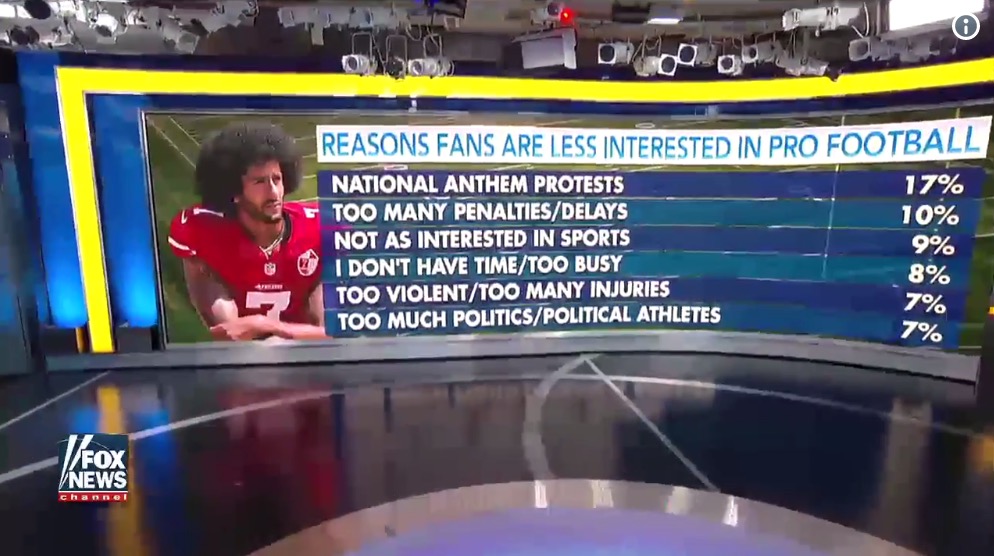 If the NFL continues to shed viewers, it’ll be obvious that patriotic Americans don’t approve of National Anthem protests. Mr. Owens is right: These players are not being good role models for our kids.

SHARE this article if you agree with Burgess Owens! Add your comments below.

Trey Gowdy: I Suspect Democrats Are Fearful Trump Dossier “Is a Piece of Fiction”

California Archbishop Indicates Pelosi And Biden Should Not Be Given Communion