The media isn’t even trying to hide its anti-Trump hatred anymore. It wasn’t so long ago that the media only skewed its coverage and conducted biased polls.

Now, after President Trump failed to succumb to their attacks, many left-wing journalists are lashing out. They don’t even care about keeping the pretense of neutrality anymore. They want Trump out of office yesterday. And that means, apparently, going on obscene rants about Trump and family.

A New York Times contributor was caught on social media insulting President Trump and his entire family using the most vulgar of words.

Ben Berkon, a baseball reporter who has written for Forbes in addition to the New York Times, has a habit of stringing together vile insults for the First Family.

You can see a compilation of Berkon’s expletive-filled tweets below. But be warned, they contain strong language: 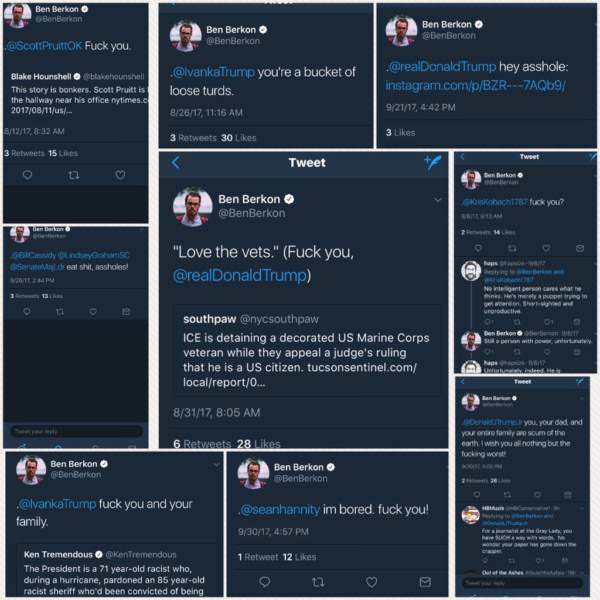 A word of advice: If the best insult you can come up with is the garrulous use of “f*** y**,” you need to re-enroll in kindergarten. Or your mother needs to come wash your mouth out with soap. or your dad needs to cut a switch and beat your behind. Clearly, you didn’t grow up properly, and you need another shot at maturing into a respectful adult.

What makes it worse is that Berkon doesn’t restrict his insults to the adult Trumps. He also attacks President Trump’s grandchildren, which is a new low, even for a foul-mouthed liberal journalist.

This kind of language is unacceptable for any reporter, politics or not. It’s nasty and childish.

Share this story with others to show them that the New York Times is publishing a writer who said horrible things about the Trump family.

‘Fox and Friends’ Expands, Will Broadcast Starting at 4 AM